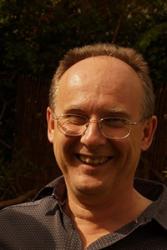 Dr Philip TrathanA new global policy, initiated by a Bangor University graduate will be put to the test for the first time, now that a huge iceberg, estimated to be more than a quarter of the size of Wales, has broken free from Antarctica.

Bangor graduate, Dr Philip Trathan, heads Conservation Biology at the world-renowned British Antarctic Survey (BAS). One of his recent achievements was to see a policy that he initiated and pushed through many international meetings, finally agreed by the Commission for the Conservation of Antarctic Marine Living Resources (CCAMLR).

Working with colleague Dr Susie Grant from BAS, the first papers were submitted to CCAMLR back in 2011, but it was only in 2016 that the final agreement was reached. The new CCAMLR Conservation Measure can now provide automatic protection for newly exposed areas of ocean revealed when ice shelves, glaciers or ice tongues retreat or collapse along the Antarctic Peninsula. Any newly exposed areas of ocean may now gain automatic protection and be designated as a Special Area for Scientific Research.

On 12th July, after months of ‘hanging by a thread’ a vast iceberg approximately 5,800 km2 in area finally broke free from Antarctica’s Larsen C Ice Shelf adjacent to the Antarctic Peninsula. The newly exposed area of ocean could be the first significant event to come under the terms of the new international agreement.

Scientists will now have opportunities to study the stability of the remaining ice shelf, as well as understanding how new biological communities occupy the newly exposed ocean and underlying seabed areas. According to Dr Phil Trathan and his colleague Dr Susie Grant, this calving event will provide unique scientific opportunities for understanding which species move into these new open ocean and seabed habitats, and the rates that communities develop. 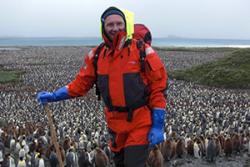 “For this new area of ocean to receive protection under the recent CCAMLR agreement, it must meet the specific criteria agreed by CCAMLR last year. If designated, commercial fishing activities for Antarctic krill or Antarctic toothfish would be restricted, providing a valuable opportunity for studying the new habitats in the absence of harvesting. Initial protection would be time limited while initial research activities are organised by the international scientific community, but could be extended upon agreement by CCAMLR.”

Dr Philip Trathan has worked for the British Antarctic Survey for 26 years. His principal role as Head of Conservation Biology, is to ensure that science feeds into policy and management. He worked on the designation of the first Marine Protected Area (MPA) in the Antarctic, and on the South Georgia and South Sandwich Islands MPA, one of the largest sustainably managed MPAs in the world ocean which ensures harmonisation of fishing and conservation.  He has three degrees from Bangor University; he graduated with a BSc in Botany in 1979, has a PhD in Plant Population Ecology from 1983 and received a DSc for an outstanding contribution to Antarctic Science in 2012.