Identifying the mechanisms that affect changes in snake venoms 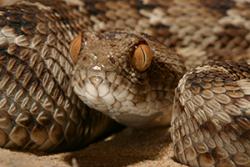 Saw-scaled viper: Credit & copyright: Wolfgang Wüster Every year, snakebites kill up to 90,000 people, mostly in impoverished, rural tropical areas. This statistic is surprising when one considers that antivenoms are available, however, the truth is that the efficacy of antivenom is largely restricted to the snake species that was used in manufacture, and they are often ineffective in treating snakebite by different, even closely related species.

Writing in PNAS (Proceedings of the National Academy of Sciences of the United states of America doi.10.1073/pnas. 1405484111) Dr Nicholas Casewell and Wolfgang Wüster of Bangor University  and colleagues identify the mechanisms by which the variations in venom occurs between related snake species and also the significant variations in venom toxicity that occurs as a result.

Dr Nicholas Casewell, a Natural Environment Research Council Research Fellow who undertook part of the research at Bangor University’s School of Biological Sciences, and who also holds a post at the University of Liverpool’s School of Tropical Medicine explains:

“Variation in the toxic composition of snake venoms between species can have major medical implications for the treatment of human snakebite victims. 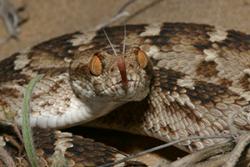 Saw-scaled viper: : Credit & copyright: Wolfgang WüsterWe have now shown that the venom variation between related snake species is the result of a complex interaction between a variety of genetic and postgenomic factors acting on toxin genes. This can involve different genes housed in the genome being turned on or off in different snakes at different stages of venom toxin production. Ultimately, the resulting venom variation results in significant differences in venom-induced pathology and lethality and can undermine the efficacy of antivenom therapies used to treat human snakebite victims.”

The paper’s authors suggest that gene and protein expression influences venom content across species. Changes in the composition of venom toxins between snake species also caused differences in venom function, by affecting the ability of different venoms to cause haemorrhage and coagulation.