Dr Simon Willcock, a Senior Lecturer in Environmental Geography at Bangor University’s School of Natural Sciences is an expert in tropical landscapes and the benefits people receive from them. He contributed to a major piece of research, published today. He collected and provided data from Tanzanian rainforests, as well as collaborating with the manuscript preparation. 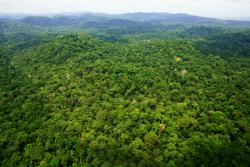 Above Ivindo National Park, central Gabon. : Credit. Kath JefferyHe says: “The world’s tropical forests are hugely important and so these findings are alarming. To understand the impact of our changing planet, scientists from nearly 100 institutions came together to share knowledge and collaborate. If we are to solve global problems such as climate change, politicians, decision-makers, and members of the public need to do the same – to work together towards a shared goal.” 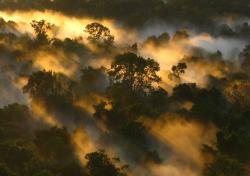 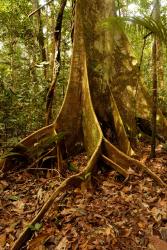