Scientists studying snake venom have for the first time sequenced the entire genome of a venomous snake, the King Cobra, and confirmed a previously proposed but poorly documented hypothesis explaining how snake venom is produced and what led to the great complexity of venoms consisting of dozens of individual toxins. 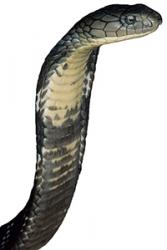 King CobraIn order to conduct this ground-breaking research, the scientists at Bangor University’s School of Biological Sciences and Leiden University, Holland combined their unique data with researchers at the University of Texas, Arlington, to produce two related research papers on the first two fully sequenced snake genomes, published jointly in the Proceedings of the National Academy of Sciences of the USA this week (PNAS early online edition 2-6 Dec 2013. Doi: 10.1073/pnas.1314702110 ).

The Bangor and Leiden research teams compared their data on the first genome sequence for the King Cobra to the genome of the non-venomous Burmese python, sequenced by partner researchers at the University of Texas, Arlington, and also to the only other venomous vertebrate genome sequenced so far, the platypus.

Leading the research at Bangor University, Dr Nick Casewell, a NERC Research fellow at the School of Biological Sciences, analysed the genetic makeup of every venom protein produced by the King Cobra.

Dr Casewell and colleagues have now confirmed a key hypothesis on how the toxins in venom evolved as correct: they demonstrated that the individual toxins that make up venom evolved from related proteins found elsewhere in the snake that undertake standard “biological housekeeping” roles throughout the body. The complexity of snake venom was found to have increased over time because the genes that make these toxins have been duplicated on numerous occasions. These duplications have allowed the evolution of a wide range of toxic activities in these newly differentiated venom compounds.

This new understanding of the origin and evolution of the snake venom system is not only of great intrinsic biological interest, but is also important for drug discovery, because venom toxins could form the basis of new drugs, and for addressing public health concerns about the enormous number of snake bites and deaths suffered in tropical countries. 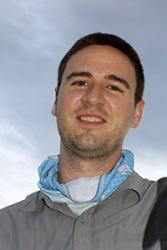 Dr Nick CasewellDr Casewell explains some of their further findings:

“The genes important to the venom glands have evolved rapidly in evolutionary terms. The reason why we see this change and subsequent variety found within relatively closely related snake species could be compared to an ‘evolutionary arms race’: as the prey becomes increasingly resistant to a toxin, so stronger or different variations of toxins may evolve to overcome such resistance. This process has led to the development of ‘suites’ of between 50-100 toxic proteins, and also causes major differences in venom composition between different snakes. These differences are not only found between distinct major groups of venomous snakes, such as the elapids, which include cobras and mambas, and the vipers such as the rattlesnakes and adders, but also within a single species in different geographic regions. This ‘venom variation’ can cause problems for medical services wanting to deliver the correct antivenom treatment to treat people bitten by venomous snakes.”

Having two snake genomes completed also opens doors for further work, for instance on the processes which control how ordinary housekeeping proteins are turned into weapons used to catch prey, on the genetic mechanisms controlling venom production and the evolution of novel toxins, and on the timing of the evolution of snakes and other reptiles in general.

“Having a full genome available as a framework will be a tremendous asset for future research into the evolution of snake venoms”, said Dr Wolfgang Wüster, a Senior Lecturer at Bangor University’s School of Biological Sciences, who co-authored the study.

A second paper led by the University of Texas, Arlington, in which Dr Casewell was also a contributing author, compared the python and king cobra genomes to look at the adaptations in pythons which regulate major changes in organ size and function to enable them to digest large prey items.